DR 21 is a thermal radio source, located in the Cygnus-X region. The star forming complex is famous for its very massive and powerful outflow. Two cometary H II regions are located in DR 21: a compact northern region and an extended southern region. 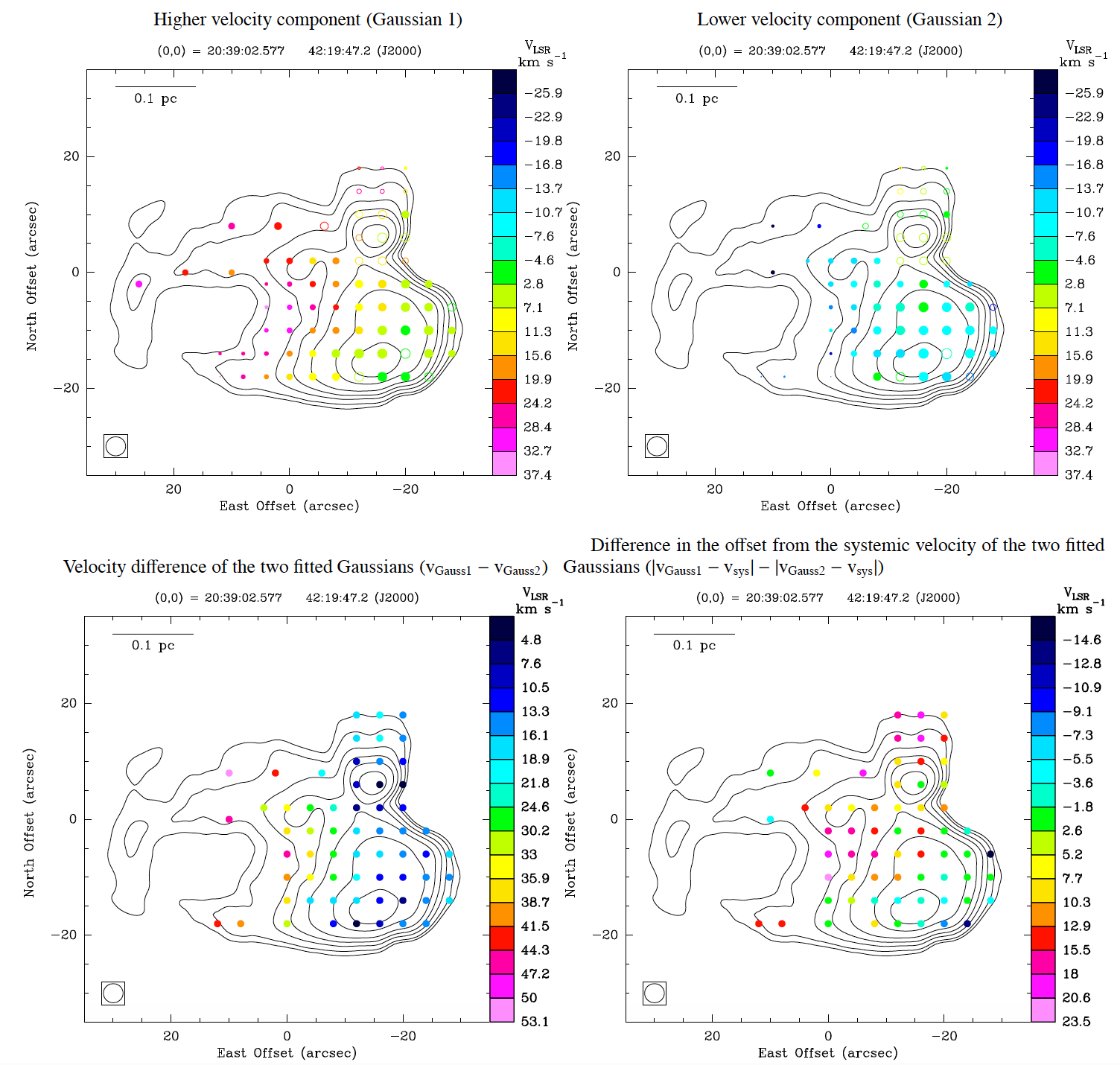 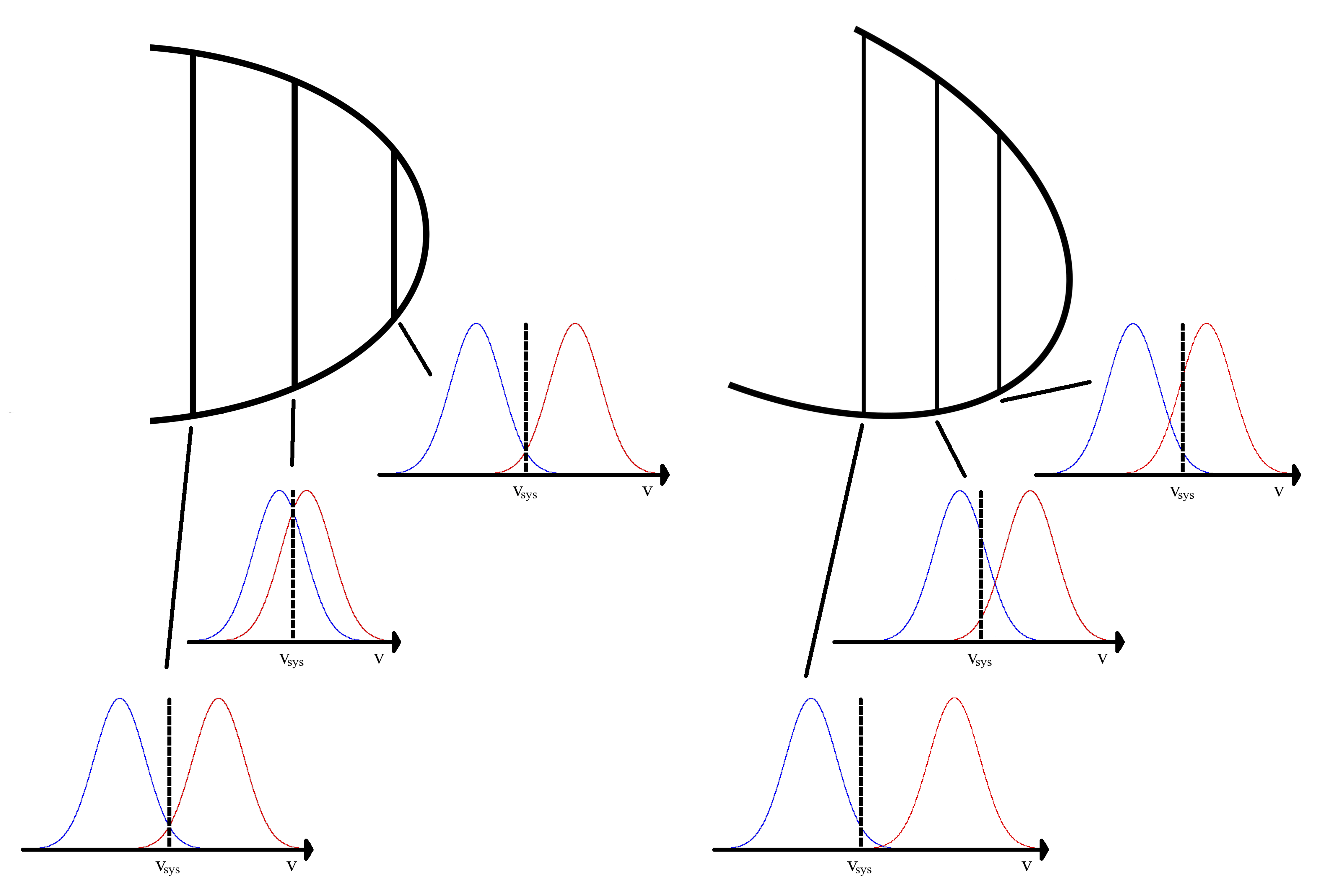 We obtained deep H66α radio recombination line (RRL) observations of the two cometary H II regions in DR 21 with the Very Large Array (VLA), with the aim of testing proposed models for cometary H II region kinematics. We analyzed the data by integrating the line emission over beam-sized boxes and fitting the lines with Gaussian line profiles to obtain the central velocities, amplitudes, and full width half maxima of the line emission.

The velocities of the ionized gas increase towards the heads as well as down the tails of both cometary H II regions which can best be explained by a combination of the bow shock (e.g. Reid & Ho 1985) and champagne flow (e.g. Israel 1978) models. These results indicate that the surrounding neutral material has a density gradient (champagne flow model) and that the ionizing stars are moving up this gradient (bow shock model). A detailed analysis of the ionized gas kinematics clearly shows that two velocity components are widespread in both the northern and southern H II regions. These are probably the first observations of two connected velocity components towards a cometary H II region in RRL data. The two velocity components indicate that the ionized gas is likely confined to a thin conical or paraboloidal shell, as predicted by models that include strong stellar winds (Immer et al. 2014).